Invincible was an Image Comics mainstay for 15 years (2003-18), totaling 144 issues. Coming from Walking Dead creator Robert Kirkman, Invincible finds new life in an animated series on Amazon Prime. The series has already been renewed for 2 more seasons after the 8-episode first season dropped.

Mark Grayson (Steven Yuen, ex-The Walking Dead) is a high school senior whose father, Nolan, aka Omni-Man (J. K. Simmons), is the most powerful man on the planet. Literally. Kirkman designed Omni-Man and the Guardians of The Globe as his analogues to Superman & the Justice League, but with less than traditional goals in mind. As the series begins, Mark is being bullied, but that will soon change as his powers begin to gestate and emerge.

I wouldn't try to compare this to the current live-action Superman & Lois, which also deals with a super-offspring just getting his powers, as this is far more graphic, violent, and in your face. The show's cast also includes Mark Hamill (of course), Sandra Oh, and another Walking Dead vet in Ross Marquand, plus, Oscar winner Mahershala Ali will be heard from during the season.

Kirkman's not the only one who's used the Justice League as inspiration for a series. I wonder what it'd take for Jeff Lemire to adapt Black Hammer, his line of books for Dark Horse, for television and/or streaming.
Rating: Incomplete.
Posted by hobbyfan at 8:15 PM No comments:

Email ThisBlogThis!Share to TwitterShare to FacebookShare to Pinterest
Labels: Family Toons, From Comics to Toons, On the Air, Parental Service Advisory, Teenage Toons

Coming Attractions: Tweety gets a new series----and a new partner

On the heels of Mindy Kaling's take on Velma, and animated reboots of Batman & Superman, Ascheim is turning toward the Looney Tunes for another project.

The Tweety Mysteries (working title) pairs the iconic canary with a human podcaster named Sydney to solve mysteries. While Ascheim invoked the Nickelodeon produced "Harriet The Spy" as an inspiration, the fact that this is a live-action/animation hybrid, we must also consider "Who Framed Roger Rabbit?" (which Tweety appeared in, oh, by the way). 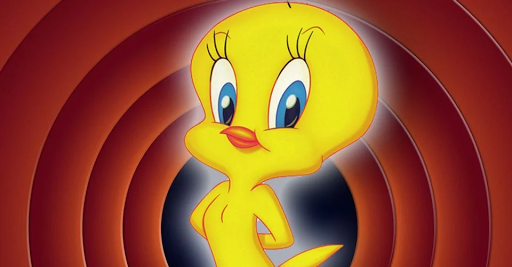 Tweety's no stranger to detective work, of course, co-headlining The Sylvester & Tweety Mysteries (1995-2002), but this time, he far, far, far away from his usual milieu. Casting the rest of the show, including Sydney, has yet to be announced.

When you think of the Fleischer brothers' body of work, what comes to mind? Popeye. Betty Boop. Superman. Out of The Inkwell.

But before Popeye could make his color debut, the Fleischers introduced Hunky & Spunky, mother & son burros introduced in a self-titled, Oscar nominated short in 1938. There would be a few more over the course of three years (1938-41), before Hunky was retired. Spunky would later appear periodically, including guesting in a pair of Casper shorts for Famous Studios, Paramount's successor to the Fleischers.

I do recall seeing Spunky in one of his appearances with Casper, and we'll try to find that. There is a reason for the obscurity, though.

A primer on Flintstones vitamins (1974)

Miles Laboratories and Hanna-Barbera made sure to educate parents about Flintstones vitamins in many of their earliest commercials.

As we've frequently noted, the product is now part of Bayer's family of vitamins.
Posted by hobbyfan at 7:22 AM 2 comments:

After Netflix rebooted She-Ra, Princess of Power into She-Ra & The Princesses of Power, which recently ended a 5 "season", 2 year run, She-Ra's brother is finally stepping back into the spotlight.

Masters of The Universe: Revelation, due to drop next month, brings back He-Man and the Masters, who've now been scattered in a storyline that is a direct sequel to the original 1983-5 Filmation-produced series that featured now-iconic creators as Paul Dini and J. Michael Straczynski.

Filmmaker, part-time actor, and all around geek Kevin Smith is at the helm for the new series. 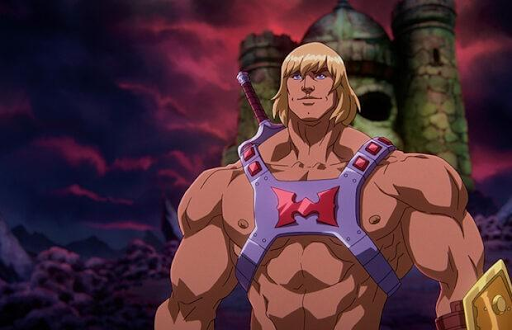 Casting already announced includes Chris Wood (ex-Supergirl) as He-Man/Prince Adam, Sarah Michelle Gellar as Teela, and, predictably, Mark Hamill as Skeletor, although the villain's original portrayer, Alan Oppenheimer, has demonstrated at conventions he can still carry off the role. Oppenheimer will instead voice Moss-Man. Also on board are Stephen Root (ex-NewsRadio), Kevin Conroy, Lena Headley (as Evil-Lyn), and Diedrich Bader as King Randor and Trap Jaw.

While He-Man and friends have recently appeared in comics produced by DC, including a cross-over with the company's Injustice books, the Eternia storyline moves to Dark Horse with a 5 issue miniseries, written by Smith, and due to debut in time for the debut on Netflix, set for Friday, July 23.

Maybe Smith can do us all a favor and have Adam & Teela hook up after all this time.......

Coming Attractions: The voice cast is filling up for League of Super-Pets

Now we know who will be in the booth with Dwayne Johnson for "DC's League of Super-Pets" (known as the Legion of Super-Pets in the books back in the Silver Age), and this is a doozy. 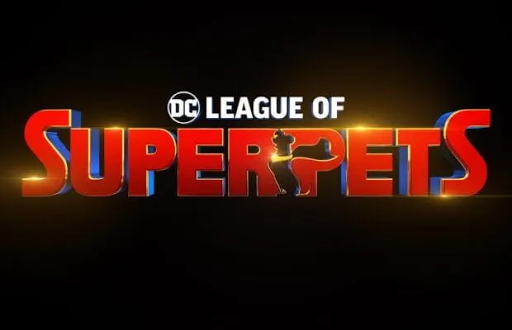 Why Hart was plugged in as Ace, I don't know. If they wanted Ace to be just as serious as his master, the Batman, then Reeves would've been a better choice. They're expanding the group to include Jumpa, Wonder Woman's pet kangaroo, probably not seen since the Silver Age, for all we know, and Topo, Aquaman's octopus pal. (What? No Tusky?)

From The Weird Al Show:

A group of miners breaks into Al's home, and chaos follows.

Plus, Al takes a page from Bill Cosby, and we have a show-within-a-show, with the adventures of Fatman ("Weird" Al Yankovic, based on his 1987 song, "Fat"). Michael McKean, David L. Lander, Clarence Clemons, and Martha Quinn guest star in "Mining Accident":

This marked Lander's return to Saturday mornings for the first time since Will The Real Jerry Lewis Please Sit Down? (1970), and, aside from maybe doing Comic Relief, this might've been the first time Lander had worked with long time best pal McKean since Laverne & Shirley ended nearly 15 years earlier on camera.
Billy West is our announcer, and voices Harvey in the Fatman segment. Beau Weaver (ex-Fantastic Four, Superman) handles the announcing for various channel-surfing skits, including Al doing a parody of fitness videos.
This deserved an earlier time slot.
Rating: B (mostly for 2 minutes of bliss from Martha).
Posted by hobbyfan at 3:59 PM No comments:

hobbyfan
I have an appreciation for the "classics" of my youth, particularly Saturday morning cartoons, and reruns of old time radio that made a sort-of comeback in the 70's.